Charlotte N. Corley Appointed to BancorpSouth Board of Directors

TUPELO, Miss., Oct. 29, 2020 /PRNewswire/ -- BancorpSouth Bank's (NYSE: BXS) Board of Directors appointed Charlotte N. Corley of Starkville, Mississippi as a director of the company, effective October 28, 2020. Corley is the former commissioner of the Mississippi Department of Banking and Consumer Finance (DBCF). 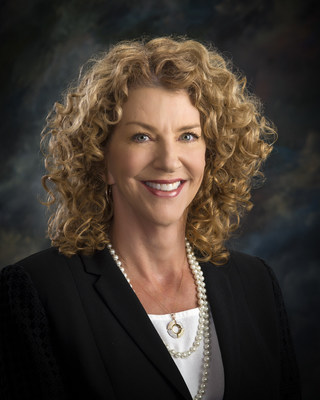 "We're thrilled to add Charlotte Corley to the BancorpSouth Board of Directors," said BancorpSouth Chairman and CEO Dan Rollins. "She is well respected across the banking industry, and we're fortunate to be able to leverage her vast experience and knowledge to enhance our efforts in serving our customers and communities."

Corley retired from the DBCF in January 2020 after 34 years of distinguished service. She began her career in the banking industry at Great Southern National Bank prior to joining the DBCF as a bank examiner in 1985.  She rose swiftly through the ranks of the DBCF and became the banking division director in 2000, then deputy commissioner in 2013 and finally commissioner in 2014. During her tenure as commissioner, assets of state-chartered banks in Mississippi increased by nearly 50 percent from $60 billion in 2014 to almost $90 billion in 2019.

"I'm excited about joining BancorpSouth's board," Corley said. "I look forward to working closely with the company's management and board members to contribute to BancorpSouth's continued future growth and success."

Corley earned a bachelor of business administration degree in banking and finance from Mississippi State University in Starkville, Mississippi. She is a graduate of the Graduate School of Banking at Louisiana State University and the American Bankers Association's National Graduate Trust School at Northwestern University.

Corley has been instrumental in shaping the banking industry through her work with the Conference of State Bank Supervisors (CSBS), where she served as chairman from 2018 to 2019. She is a former member of CSBS's State Supervisory Processes and Technology Committees and the former chair of its Education Foundation. Corley also served as a member of the Federal Financial Institutions Examination Council's Task Force on Examiner Education and was a longstanding member of the Interagency Supervisory Processes Committee.

About BancorpSouth Bank
BancorpSouth Bank (NYSE: BXS) is headquartered in Tupelo, Mississippi, with approximately $24 billion in assets.  BancorpSouth operates approximately 310 full-service branch locations as well as additional mortgage, insurance, and loan production offices in Alabama, Arkansas, Florida, Louisiana, Mississippi, Missouri, Tennessee and Texas, including an insurance location in Illinois.  BancorpSouth is committed to a culture of respect, diversity, and inclusion in both its workplace and communities. To learn more, visit our Community Commitment page at www.bancorpsouth.com; "Like" us on Facebook; follow us on Twitter@MyBXS; or connect with us through LinkedIn.